Just reaching out with a recap of our last meeting and Wednsday Night Live info.

Join us for “Wednesday Night Live” to benefit LLS ( Leukemia Lymphoma Society). We’re on a quest to help Gio Toribio, a local ossining resident, receive a Research Grant in his name. The team has raised nearly $45k. Help us get to our goal of $50k by joining us at Wednesday Night Live on June 20th at 6pm.

This event is Sponsored by Rising Tides Alliance (RTA).

Perry welcomed old friends and new members Andre, James & Jenna pushing for membership to be at 50 which is the magic number to become the best group to be in, in Westchester County, dedicated to helping each others business grow.  In May we had the first Wednesday Night Live honoring Carols charity and was not a great showing but its a beginning process. Key is to have RTA more of a presence.  The next Wed Night Live date is this Wed, June 20th to benefit LLS ( Leukemia Lymphoma Society).  Please bring guests and buy raffles.

Walter Camas shared with us “Referrals: Your Untapped Source for Generating Leads”

Up first was new member Jenna Roach, of Cobblestone Abstract in Yorktown servicing both residential and commercial properties, “At Cobblestone we leave no stone unturned.” Her 2nd hat and passion, which she has just started, is flipping houses.  “We have just put one home on the market in Peekskill and have started another and seeking contactors such as cabinet makers and also referrals of foreclosures.”

André Geraghty from PrimePay payroll company is the largest in the U.S. What stands out about PrimePay is they have local service centers.  He recently received 2 referals from this RTA group, one of which was a referal from Walter Camas who referred a chiropractor in Harrison.  The Briarcliff Manor is now signed up to use PrimePay.

Kevin Brown, of Hudson Barter Exchange, goods and services you want and need funded through trade instead of money.  Kevin helps companies to trade for what they want.  Kevin first gave a shout out to Carol Christiansen for her efforts with her organization of “Drug Crisis in our Backyard”.  Kevin shared “I’ve done everything imaginable when it comes to marketing and would share the marketing experiences with any of you”…. so don’t hesitate to contact Kevin if you need any information regarding marketing and strategies.

Neil Ricchiuti from ANR Automotive.  Neil will do what ever it takes to make you a happy client. Kevin Brown referred to him a client who went somewhere else first and was told he needed brakes but in fact he didn’t need brakes.  Neil performed other services therefore saving the client a substantial amount of money.  He interviews first and then customizes his services.

Cesar Callan – Personal Injury Attorney shared how it is a hard position to have. For example one client he’s currently helping was involved with a bike incident and whether or not headphones were on or not.  And another where his client had a ceiling colaps on a child and with many factors involved such as whether or not there was asbestos in the debris is what has to be presented.  Cesar helps to figure it all out. He also noted that Walterr Camas has referred a number of people to him and Cesar has referred several to use Kevin Brown at HBX.

RTA guest Donvil Collins of Veekast a video production event fundraising technology.  The majority of his referrals are from fundraisers techs and event planners and adjencies.  This was Donvil’s 2nd time as a guest referred by Ryan Smith and shared how RTA seems like a great group!

James Loewenberg of Key Bank offers personal and business banking.  Amir Asadi referred him to Perry DiNapoli who is now on board with Key Bank.  James explained how if you meet a certain criteria you will receive $5k from Keybank.  They offer very competitive home equity and business lines of credit and turn them out with lower monthly payments.  They also offer the best CD rates.  Business lines of credit feature up to $50k with no finantials.

John Fallon Telecommunications & Managed IT Consultant at JMK Technology Group.  He has 27 years experience with hundreds of carriers to place you with and doesn’t charge for a analysis.  A recent referral he received was from Walter Camas who referred a law firm in NYC who had been were working for several months to rectify a situation. John came in and was able to secure the firm with a similar wireless system by joining 4 carriers to one contact in half the time.

Carol Christiansen Principal Broker at Cafe Realty.  Carol enjoys working with 1st time buyers and refers all over NYS.  She networks allot and was the past leader of the “Womans Council of Realtors”.  They send her referals mainly because she is trusted.  Carol is being honored tonight by the Somers Chambers of Commerce for her diligent efforts to create awareness about opioid addiction.

Walter Camas Financial Advisor at Morgan Stanley.  Walter shared an analogy of, “life is like playing golf”.  Your focus can’t be on the past.  Diversifying, taking shots with different clubs and sand traps can’t worry you.  Seek advice through his experience and BTW he was a Caddy for 6 years.

Ryan Smith a Digital Designer at Play Nice Together offers graphic, business card and web design.  He has exchanged business with most RTA members in the room.  He has recently built for a “Commissions Reporting” company and since has secured work for the sister company in their building.

Perry DiNapoli owner of The Briarcliff Manor shared how yes, he was shooting for a Boca deal that didn’t work out but then he was referred to see another property but as quickly as it came it left 7 days later.  He enjoys getting to know sources and if you have any crazy ideas, he’s the man who’ll check it out.  Recently he invited 220 Wedding Planners and 19 showed up.  None were ever here at TBM except one so think out of the box.  He had a great response so now he’s planning to sponsor another night for 500 Manhattan Wedding Planners keeping his focus on filling TBM calendar

Brian Campbell Managing Partner with Rockland Professional Services, offers accounting and business consulting, tax preparation & bookkeeping.  He helps you to determine what you should register your company as comparing S corporation vs. LLC and the differences and benefits.  His latest referral came from John and Amir who referred someone who is 2-1/2 miles from him.  Carol has also referred work to him and Walter has referred several.

Jim Newhouse of Newhouse Financial and Insurance Brokers.  He has 30 plus years in the business with a recent referral that came from a fellow insurance advisor, referring to him to a very successful CEO of an investment firm. “It’s very gratifying to get a referral from anther insurance broker!”  Jim pointed out that “Google” referrals through reviews is a great way to connect with new clients.  Jim encourages all RTA members to leave each other reviews.  Google raises your rankings through these reviews and he’s living proof of that.  Jim also shared how its important to get involved with charities and how he is a huge Giants fan and purchased vanity plates.  He had field passes where he met a guy, a license plate guy.  He remembered Jim from donating to “Tom Coughlin’s Cancer Foundation” and Jim brought him one of his license plate.  So charities give back more than you give.

Amir Asadi Advisor for MassMutual sits on the board of chefs community of March of Dimes.  Once a year 17-20 restaurants present themselves and Perry DiNapoli was one of the donors and presenters.  Amir suggested that the Rising Tides Alliance should consider becoming a Bronz Level donor as a group for the next fundraiser which is October 4th, 2018.

Brian Campbell Announced that in Pear River, Sat August 11th there will be a street fair called “Slide the City” where there is a enormous slide erected where you slide through the city.  You can opt to spotlight your business and buy a booth for the day.

Ceasar Callan announced the Somers Lions Independence Day Block Party with 6 bands, fireworks, food trucks, amusement for the kids.  Its June 30th. They collect about $105k a year and gives it all away to those in need.

Mark your calendars for the next RTA Meeting July 11th, 2018

You can now complete your membership application online! 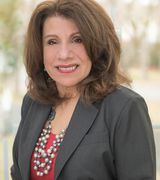 SUPPORT - Drug Crisis In Our Backyard